Why every charity needs a contactless donation solution?

Why every charity needs a contactless payment processing to boost total donations raised.

May 26, 2021 · 3 min read
Why every charity needs a contactless donation solution? 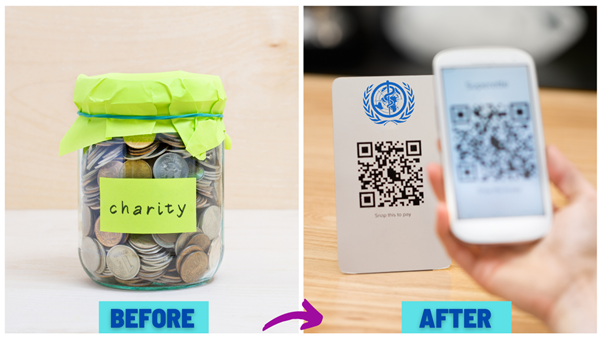 Covid-19 has been a major disruptor for all major industries worldwide. Multiple sectors have toppled under the financial burden culminated due to the pandemic. Despite this many businesses have adapted and adopted technology to break free of the shackles of a restrictive business environment. The only thing that remains constant in this new world order is the vast income disparities that exist in the society we live in and it will take major collaborative efforts to fix this situation.
Various tech-revolutions over the years have often been focused on numbers, statistics and profits. Although technology has grown by leaps and bounds the technology for facilitating “cashless gratuity” has often been overlooked.
One of the key goals of charities in a post-pandemic world should be to empower their cause by adapting to the “cashless society”.

An overlook of recent charity trends. 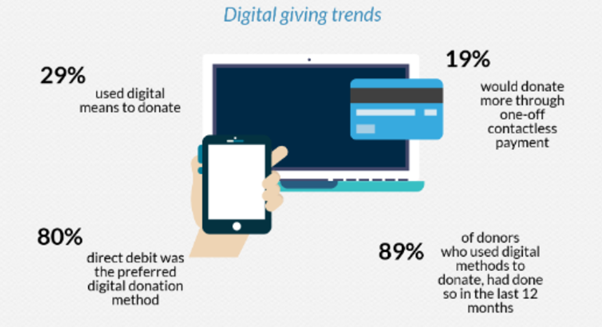 Why charities are struggling ?
The Covid-19 pandemic has been an eye-opener for charities around the world and not foreseeing the dramatic shift in population behaviour has been detrimental to their long term goals.

Changing mind-set
The vast majority of data suggests have the society is moving to a cash-free model of payments which has been further accelerated due to the pandemic.
Barclaycard research suggested that charities in the UK may be missing out on more than £80m in donations each year by only accepting cash donations.
• Moreover 4 in 10 people (42%) say they carry less cash now than they did 3 years ago.
• 1 in 7 people (15%) also admit to walking away from a donation opportunity at least once last year because they were unable to give using a debit or credit card.
This suggests that adapting to newer technologies means charities never lose potential donations.

Banking sector push
Historically banks have always decided consumer behaviour with regards to financial behaviour. These days banks are most definitely pushing towards cashless payments and rewarding adoption of cash-free technologies. Banks are influencing consumer behaviour by making it more expensive to transact in cash.
E.g. AIB, has a charge of €0.35 on each ATM transaction; but contactless is still free. Banks are constantly trying to optimise and reduce their overhead costs. Phasing out cash for banks means reducing operating costs substantially.

Lack of resources
An independent survey of charities across the UK found that,
72% Charities do plan to look at using contactless payment technology in the future, with a similar number saying that they believe such systems will boost their potential for fundraising.
Although 54% agreed and believe they lack the capacity to pursue such a change. Mainly due to lack of resources or the skill sets required to enable such a system.

Lack of transparency
Despite all their hard work charities must face the brunt of disgraceful actions carried out by scammers who cheat in the name of charity.
It is reported youngsters do not prefer paying charities in cash because they feel it could possibly be a scamming racket.
Having a technology solution registered to a charity gives it credibility and transparency that the money goes to who it was intended.
This takes us to an obvious question.

Do Contactless systems really work for charities or is it all hype?
The simple answer is Yes, if done right!
UN’s World Food Programme’s ‘Share the Meal’ mobile app is a shining example of a frictionless contactless system.
• The programme enabled supporters to make an on-the-spot ‘micropayment’ of 50 cents to feed a child for a day, simply by tapping on their phone.
• As of 2019 the programme has been a success and crossed £ 42 million mark.
QuikTipz aim to solve all problems charities face with One simple Solution.

QuikDonationz,
Enables anyone to Donate in Three easy steps!!
Scan a QR Code/Tap NFC  or Click on Weblink, Select an Amount and Confirm Payment! 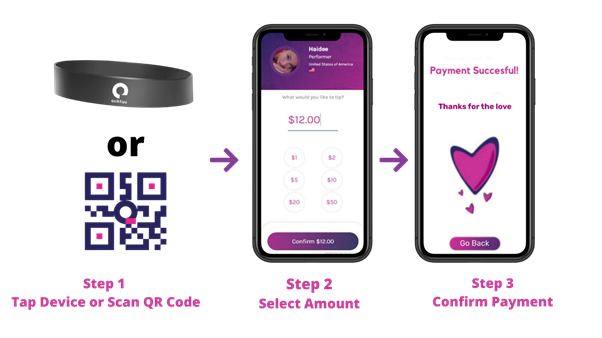 Our cashless payment solution is designed to make the process of donation as easy as frictionless as possible! By facilitating ease of payments, we are ensuring charities never miss out on potential donations. We are offering our Cashless Payment system to charities for free with zero subscription fees

Find out how we can help your charitable organization: www.QuikTipz.com

Ready to Get Started?